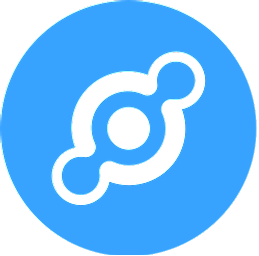 Built from scratch, the Helium Blockchain empowers the network and serves as the technology for HNT. The blockchain acts as a cryptographic accountant since transaction data from devices is added to the blockchain and is verifiable, immutable and traceable. Helium's technology allows anyone to build out large, cost-effective wireless foundations in a completely new business model that profits everyone.

"Helium is a better way to build wireless infrastructure."

The network is the world's first wireless peer-to-peer network that provides a cost-effective and secure way for low-power Internet of Things (IoT) devices to receive and send data from the internet.

In the early days, HNT tokens were allocated to owners for building and securing coverage. There are no pre-mined HNT tokens, and every month approximately 5 million new HNT tokens are mined. After 20 years, distributions no longer apply and remain fixed.

Proof-of-Coverage is a unique algorithm that uses radiofrequency waves to validate Hotspots are providing legitimate wireless coverage. For this validations, Hotspots earn HNT tokens by verifying transactions, creating new blocks to the blockchain, and executing other tasks.

In 2013, Helium was founded by Shawn Fanning, Amir Haleem, and Sean Carey, with a mission to make it simpler to create connected devices.

To create the world's wireless first peer-to-peer network, Helium has assembled a team with a diverse skillset within manufacturing, hardware, distributed systems, peer-to-peer and blockchain technologies.


Can I earn money with Helium (HNT)?

Yes, you can earn money by selling & buying Helium. Sell for a higher price than your purchase price. In past months, Helium's value has increased a lot, but also had some significant losses. Be aware that Helium has proven to be volatile, so losses can follow profits. Always trade responsibly. Buy and sell Helium / HNT token at Coinmerce