What is Bitcoin (BTC)? 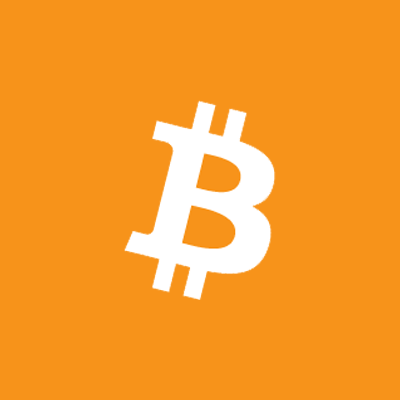 Bitcoin (BTC) is the 1st decentralized digital currency that was created in 2008. The coin uses innovative blockchain technology to store payment transactions between users. So, there is no need for a central bank or 3rd party to overlook transactions between users of Bitcoin. As a result, this makes Bitcoin is the 1st currency in history that is not related to a government or central authority. You can fully control your Bitcoin wallet and transactions.

How can I use Bitcoin?

Bitcoin can be used just like any other currency or other forms of money. You can pay for services and goods (online & offline) and use Bitcoin for trading. Or invest for the long-term, in this case, make sure you store your Bitcoins safe, preferably on a secure offline wallet.

It remains a question who created the Bitcoin concept. In October 2008 a whitepaper named "Bitcoin: A Peer-to-Peer Electronic Cash System" was released. The foundations of Bitcoin as we know it today have been set out in this paper. It was published under the pseudonym, Satoshi Nakamoto.

In the past years, many people have claimed to be Satoshi Nakamoto, but we are probably never going to know the true identity of the creator of Bitcoin. Since Bitcoin is built as an open-source network, it grows daily thanks to the input of thousands of developers and users globally. With the result, no individual or company has control over the direction Bitcoin is going. Bitcoin will continue to meet the community's needs and expectations as they keep evolving.

Bitcoin versus other cryptocurrencies

Bitcoin also differs in technical aspects from other coins; the primary purpose of Bitcoin is to be a decentralized digital currency. Which can be used globally to pay for daily expenses, without the interference of a 3rd party. And Ethereum is a platform that is used to create decentralized applications. People are also using Bitcoin to store value; in the same way, we use gold.

Can I earn money with Bitcoin?

Yes, you can earn money by selling & buying Bitcoin. Sell for a higher price than what you bought them for. Bitcoin can be used to trade almost every other cryptocurrency. In past years, Bitcoin's value has increased a lot, but also had some significant losses. In 2017 the Bitcoin rate peaked at almost $ 20.000 per Bitcoin. Be aware that Bitcoin has proven to be volatile, so losses can follow profits. Always trade responsibly. Buy and sell Bitcoin BTC at Coinmerce.

On October 31st, 2008, a document was shared that presented Bitcoin to the mass. The introduction of the whitepaper focuses on how the current model for electronic payments requires reliance on a 3rd party. The paper then explains how cryptographic technology can replace trust with a mathematical solution.
So, the white paper drafted a new payment structure that won't require the centrality of the banks, nor one that needs trust in governments or any other 3rd party.

Rather than going into the technical aspects of Bitcoin, understanding the network is easiest when compared to gold. If we look to the "top" features of gold, these are; non-reliance on any central authority, its capability for being transferred worldwide, and the fact that it is fundamentally rare.

In simple terms, Bitcoin can be seen as a form of value that is rare and needs to be 'mined'. By permitting code and number series to run continuously, specific mathematical calculations are solved, resulting in Bitcoins ultimately being 'unlocked'.

Bitcoin is designed in a way that as its' supply shrinks, it becomes harder to mine; this is called the difficulty increase

“A lot of people automatically dismiss e-currency as a lost cause because of all the companies that failed since the 1990‘s. I hope it‘s obvious it was only the centrally controlled nature of those systems that doomed them. I think this is the first time we‘re trying a decentralized, non-trust-based system.”

We advise everyone to read the original whitepaper by ‘Satoshi Nakamoto'

The Lightning Network concept was created by Joseph Poon and Thaddeus Dryja back in 2015. The philosophy behind the project was to design a payment protocol that could be used as an off-chain solution for the Bitcoin scalability issues.

Currently, the Bitcoin network is only able to process 2 to 7 transactions per second (TPS). As the ecosystem grows and more people join the network, the number of transactions also increases.

How does it work?

The system works on a peer-to-peer (P2P) network, and its usability relies on the creation of the so-called bidirectional payment channels, through which users can make seamless cryptocurrency transactions.

After two parties choose to open a payment channel, they can transfer funds back and forth between their wallets. Although the process of establishing a new payment channel involves an on-chain transaction, all transactions that take place within the channel are off-chain and do not need a network consensus. Therefore, these transactions can be swiftly executed through a smart contract, with lower fees and a higher TPS rate.