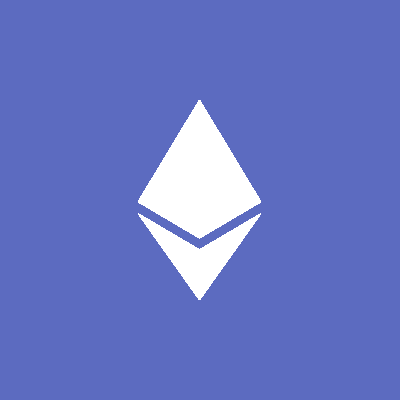 Ethereum (ETH) is an open-source, decentralized platform based on blockchain technology. The Ethereum network enables the use of smart contracts, which are being programmed in the form of decentralized applications. More on smart contracts below. The Ethereum network consists of one blockchain which hosts its own currency, Ether, but also many other crypto coins and tokens.

What are Smart Contracts?

Smart contracts are a form of self-enforcing code. To be able to understand the opportunities that are made possible by Ethereum, it is important to know how smarts contracts work.

Smart contracts enable you to exchange any piece of valuable data in a transparent manner without the use of a third party. Traditionally, when you are in need of a specific contract or document you would go to a specialized consultant and pay for the service of setting it up. After paying, you wait until the job is done and you will receive the required documents. With smart contracts, the need for a consultant, lawyer, attorney, or any other third party is no longer needed. The way in which smart contracts function is often compared to a traditional vending machine. By simply “throwing an Ether into the machine”, a contract will be generated automatically in which the rules and penalties of the deal are already defined.

How smart contracts work in daily life can be illustrated best with an example. Let’s say you are buying a house and you want to pay with Ethers. A smart contract between you and the vendor is generated in which all the rules of the transaction are defined. Moreover, these rules are also automatically enforced. This means that if you hold up your end of the deal and pay the agreed price, you will automatically receive the keys of the house.

Ethereum vs. other cryptocurrencies

Many people think that Ethereum is just another crypto coin like Bitcoin. Although the Ethereum platform has its own currency, there are some fundamental differences between Bitcoin and Ethereum. The most significant difference between Bitcoin and Ethereum is that Bitcoin is primarily a digital currency, and Ethereum is a platform that is used to create decentralized applications. Ethereum’s own currency, Ether, is primarily used to facilitate the development of these applications, whereas Bitcoins are used in a more traditional sense.

The terms Ethereum and Ether are often used interchangeably. This, however, is incorrect, since they do not have the same meaning. Ethereum is a network, and Ethers are the fuel to keep the network running. Ethers are an incentive for both developers and miners to keep the Ethereum network operating. You can sell and buy Ethers just like you can buy any other cryptocurrency. So when people say they are buying Ethereum, they are in fact buying Ethers. It is important to note that, unlike Bitcoin, there is not a fixed amount of Ethers available. As the Ethereum network grows, the total amount of available Ethers can increase as well. There is a limit, however, as the total supply can increase with a maximum of 18 million Ether each year.

How can I use Ethereum?

The Ethereum network is used by developers to build all sorts of decentralized apps. Today, we can already see how these apps affect many industries like banking and health care. As Ethereum evolves, it is expected that more and more people will be affected by the way in which Ethereum will change our way of living in a modern society. Ethereum’s own currency Ether is used to fuel the network, but you can also trade Ether for other cryptocurrencies.

Ethereum is created by Vitalik Buterin, a young programmer from Canada. Before laying the foundations for Ethereum, Buterin worked on the Bitcoin project as a developer. Buterin’s vision was to create a revolutionary platform that would go far beyond the financial applications of Bitcoin.

In 2013, Buterin released the white paper for Ethereum, in which he described his idea for an open-source blockchain-based platform, where developers could build various types of decentralized applications.

Can I earn money with Ethereum?

There are multiple ways to make money using Ethereum. First of all, you can earn Ether by providing services or developing applications and get paid in Ether. Additionally, many new cryptocurrencies and projects launch their new coins or tokens with an ICO (Initial Coin Offering) on the Ethereum platform and earn Ether this way. Secondly, you can also make money with Ethereum by mining Ethereum (Ethers). There is a limited amount of available Ethers of 18 million each year. Thirdly, many people trade Ethereum (Ether) on exchanges for other coins. By selling their Ethers for a higher Ether value than they paid, so they make a profit.

Keep in mind that Ethereum has shown to be volatile. Like with any other investment (for ex. stocks), trading Ethereum is not without risks. Be aware of the potential risks and always trade responsibly. Buy, sell and trade Ethereum ETH at Coinmerce.

On August 4th, the final test-net before the launch of the Ethereum 2.0 network went live. Here's everything you need to know about the new upgrade.

When is it planned to go live? The complete network launch is scheduled to go live by the end of 2020.

What are the main differences? Ethereum 1.0 runs on a PoW (Proof of Work) consensus mechanism. Ethereum 2.0 will move to PoS (Proof of Stake), which doesn't rely on physical miners but uses validators. With PoS, transactions are validated based on the number of coins a miner hold.

Is Ethereum 2.0 more scalable? Ethereum's scalability problem was one of the most important reasons for the upgrade. Currently, the Ethereum network can process around 30 transactions per second, which often causes network bottlenecks and delays. According to Vitalik, the founder of Ethereum, due to the upgrade, the network will be able to process 100.000 transactions per second. The increase in processing power is thanks to the implementation of the so-called shard chains.

What are shard chains? The current Ethereum blockchain structure is made up of a single chain with continuous blocks, which is inefficient and slow but very secure. With shard chains, the blockchain is split, allowing transactions to be processed in parallel chains. With more "lanes" running side-by-side, the network can process quicker and scale easier.