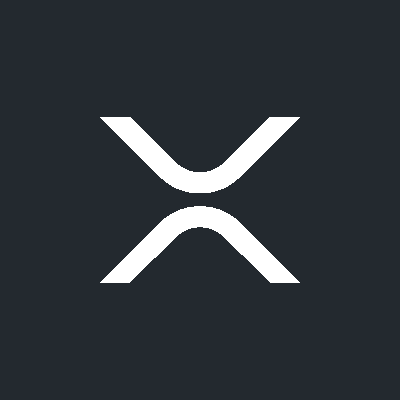 XRP is one of the largest cryptocurrencies by market capitalization and also known by its coin name Ripple. Ripple released in 2012 and has since gained popularity among both cryptocurrency enthusiasts and experts. It has been described as highly innovative, even compared to other projects.

Companies and institutions such as Google and American Express have actively partnered with Ripple.

How can I use XRP?

One of the main functions of XRP is that of a bridge currency. It is often used when two, often rare currencies cannot be directly exchanged at that given moment. Because of its bridge function, XRP valuation can be influenced by fluctuations in the value of the USD, BTC, JPY, and EUR, among others.

Although extensively used by large corporations and banks for various goals, Ripple can also simply be used to pay for products and services, much like Bitcoin. An increasing number of companies worldwide accept payments made with XRP.

Ripple Labs still owns a large portion of all coins available, although an increasing percentage is becoming available to the public. Through various rounds, Ripple Labs has received over 100 million USD from investors, including Google, Accenture, Standard Chartered, and CME Group.

Ripple vs. other cryptocurrencies

Although in principle Ripple has many similarities to Bitcoin and Ethereum, the technology Ripple relies on is vastly different. For instance, Ripple is not created by mining, which is the case with most cryptocurrencies. Instead, the coins are built directly into the Ripple protocol and released over time.

Another difference is Ripple’s extremely fast confirmation time for transactions. Whereas it takes about 10 minutes for a Bitcoin transaction to be confirmed, this happens in just a few seconds with Ripple.

Furthermore, the transaction fee paid with Ripple is not collected by anyone, but is destroyed instead. This means Ripple will become increasingly rare. This aspect of Ripple is also being used by many large companies and banks as a countermeasure to spam transactions, where malignant traders create countless transactions to flood a network. Lastly, Ripple is relatively centralized compared to most cryptocurrencies, with Ripple Labs influencing the coin’s ecosystem. However, Ripple is designed to keep existing even if Ripple Labs dissolves.

What does the future hold for Ripple?

Many industry-leading companies certainly think so, and so do we. Ripple has often been named as one of the main rivals to take the leading position in the cryptocurrency market from Bitcoin.

Because of Ripple’s fast transaction times, highly innovative underlying technology and extensive backing from various Fortune 500 companies, Ripple seems to be set to greatly impact the financial industry. That being said, the value of XRP fluctuates, as is the case with all cryptocurrencies. There are no certainties for Ripple’s future & it’s impossible to predict the future value.

Can I earn money with XRP?

Yes, you can make money with Ripple. Compared to early 2017, the value of XRP has increased more than a hundredfold. However, Ripple has shown to be volatile. Large profits can be followed by large losses.

Trading any cryptocurrency always carries a degree of risk, just like trading with bonds or shares does. Trade, buy and sell XRP at Coinmerce