Bitcoin is a bubble – and 4 other myths 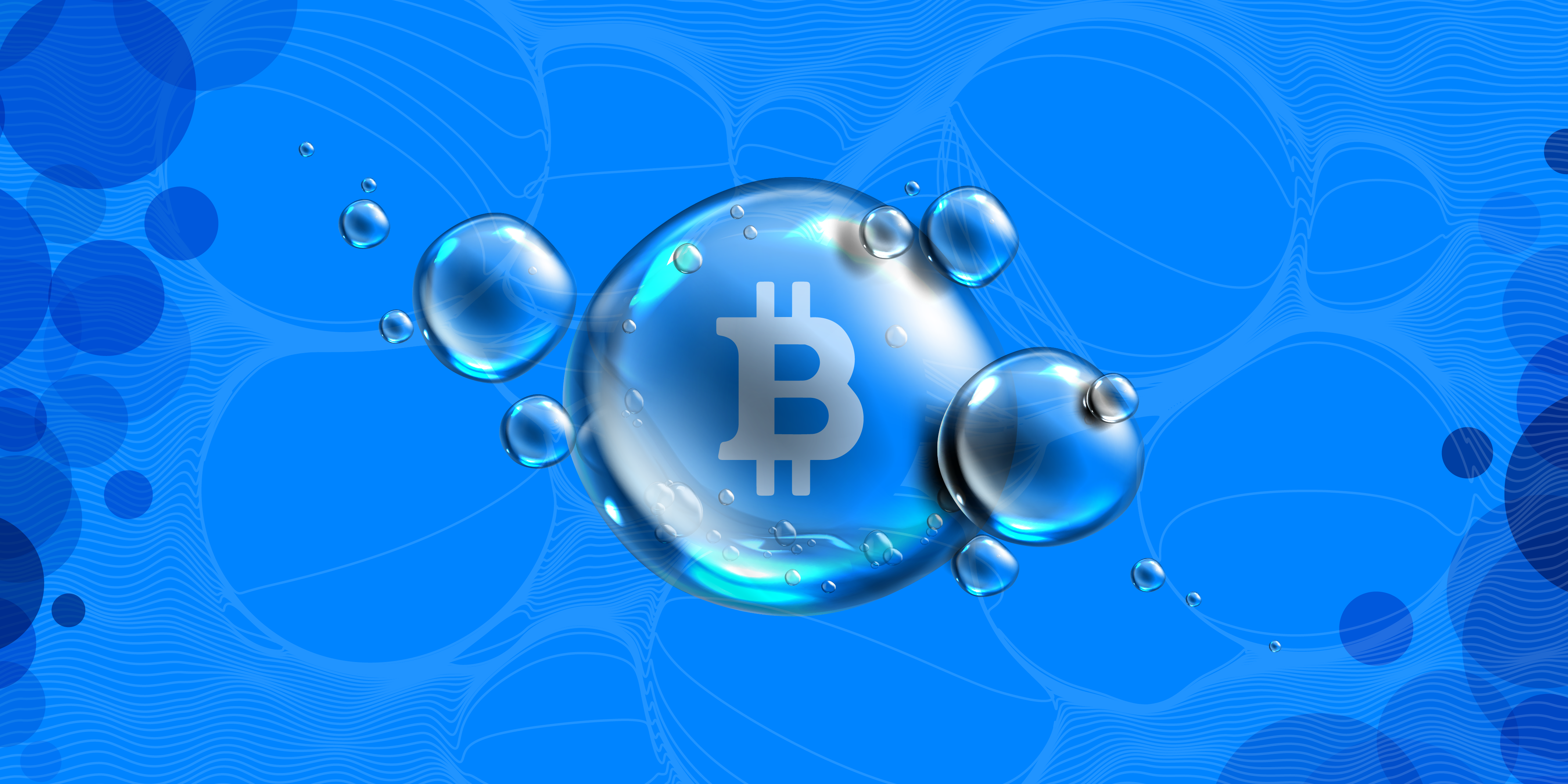 Bitcoin (BTC) has once again outdone itself in recent months and manages to make it to the front page of the financial news almost every day, be it positive or negative. But as more and more new investors enter the crypto market, it was time to debunk common misconceptions about Bitcoin. This separates facts from fiction - without denying legitimate risks - so read on if you want to know the truth about the 5 biggest Bitcoin myths.

While it is true that some people buy Bitcoin with the aim of making huge profits, that doesn't mean Bitcoin is necessarily a bubble. A bubble is an economic phenomenon where the value of something increases enormously for no apparent reason. The price rises far above the intrinsic value and eventually the price collapses when people start to panic sell. After the price has fallen, it never returns to its old level.

That is also exactly the difference between a bubble and Bitcoin. Bitcoin has proven to always climb back to even higher price levels after huge price drops. Every time there are experts who say that the bubble has burst, but this year again it appears that this has not been true so far.

The market for Bitcoin is still very young, so the market cycles are still very intense. Bitcoin can be worth $20,000 one year, $3,000 the next, and $50,000 the following year. Such a young market is therefore still very volatile, but according to some experts, this will stabilize as the market ages.

#2: Bitcoin has no real value

The euro, the dollar, the yen, you name it, all are currencies that have value today because people assign value to them. In the past, for example, the dollar was still backed by gold, which meant that there was actual value attached to it, but nowadays it is literally just a piece of paper. In fact, every year new dollars get printed, which in fact decreases by about 2% per year.

However, Bitcoin has been coded to be scarce, allowing for up to 21 million BTC to be obtained when all BTC has been mined. As a result, there is no inflation, making BTC more valuable than just about any traditional currency. Bitcoin also extracts value from the work that all computers do to contribute to the network, also called mining. So a lot of valuable energy is put into the Bitcoin network.

#3: Bitcoin has no use-case in real life

Many critics claim that Bitcoin is not usable in the real world - or if it is, it is mainly for illegal activity. Both of these statements are not true. Bitcoin has long been used as a means of payment to anyone in the world, without the intervention of a bank or other payment intermediary. Soon it will even be possible to buy a Tesla with BTC.

#4: Bitcoin will be replaced by a competitor

Bitcoin was the first successful digital currency. And while there have been many competitors who have claimed to be the new, better Bitcoin with all kinds of benefits and new features, none have come close.

Bitcoin is by far the most popular cryptocurrency, holding about 60% of the total market value. BTC also has the so-called “first-mover advantage”, which means that people will not quickly switch to other cryptocurrencies. The Bitcoin network is also developing very fast because it is decentralized and every software developer has the opportunity to contribute.

Of course, a huge amount of innovation is taking place in the crypto industry, so it's not inconceivable that a bigger rival will emerge. But given the current circumstances, most experts don't think that Bitcoin will be replaced anytime soon.

#5: Bitcoin is detrimental to the environment

Bitcoin mining is an energy-intensive process. But determining the environmental impact is difficult. To begin with, all aspects of the digital economy require energy. Think of the entire global banking system and all the energy it takes to process bank transactions and power office buildings, ATMs, local branches and much more.