There's no such thing as too crazy, as evidenced by the news that the Escobar company - founded by the brother of drug lord Pablo Escobar - now has its own cryptocurrency. The coin which goes under the name Escobar Cash ($ECH) is available for purchase at pabloescobar.com. The website also features plans for a future NFT.

With this, we would like to give an appropriate warning before considering buying ECH, because the name Escobar is not necessarily known for good things, as well as the company Escobar. For example, the company previously released a foldable gold phone that was supposed to "wipe Samsung's foldable off the market." It turned out afterwards that it was just a Samsung phone with gold stickers.

What is Escobar Cash ($ECH)?


The company's website features a white paper, also know as a document describing the project from A to Z. The first thing that immediately stands out is that this would be the world's first physical crypto currency, with a "revolutionary patented technology."

Like most coins, the cryptocurrency simply has a digital wallet and even a smartphone app, but the currency is sold in regular money bills. On the website, you can buy four different bills, each with a different design. The cheapest bill is on sale for $100 and the most expensive bill costs a whopping $10,000. The $5,000 bill even includes a drawing of Elon Musk smoking dope on Joe Rogan's podcast. 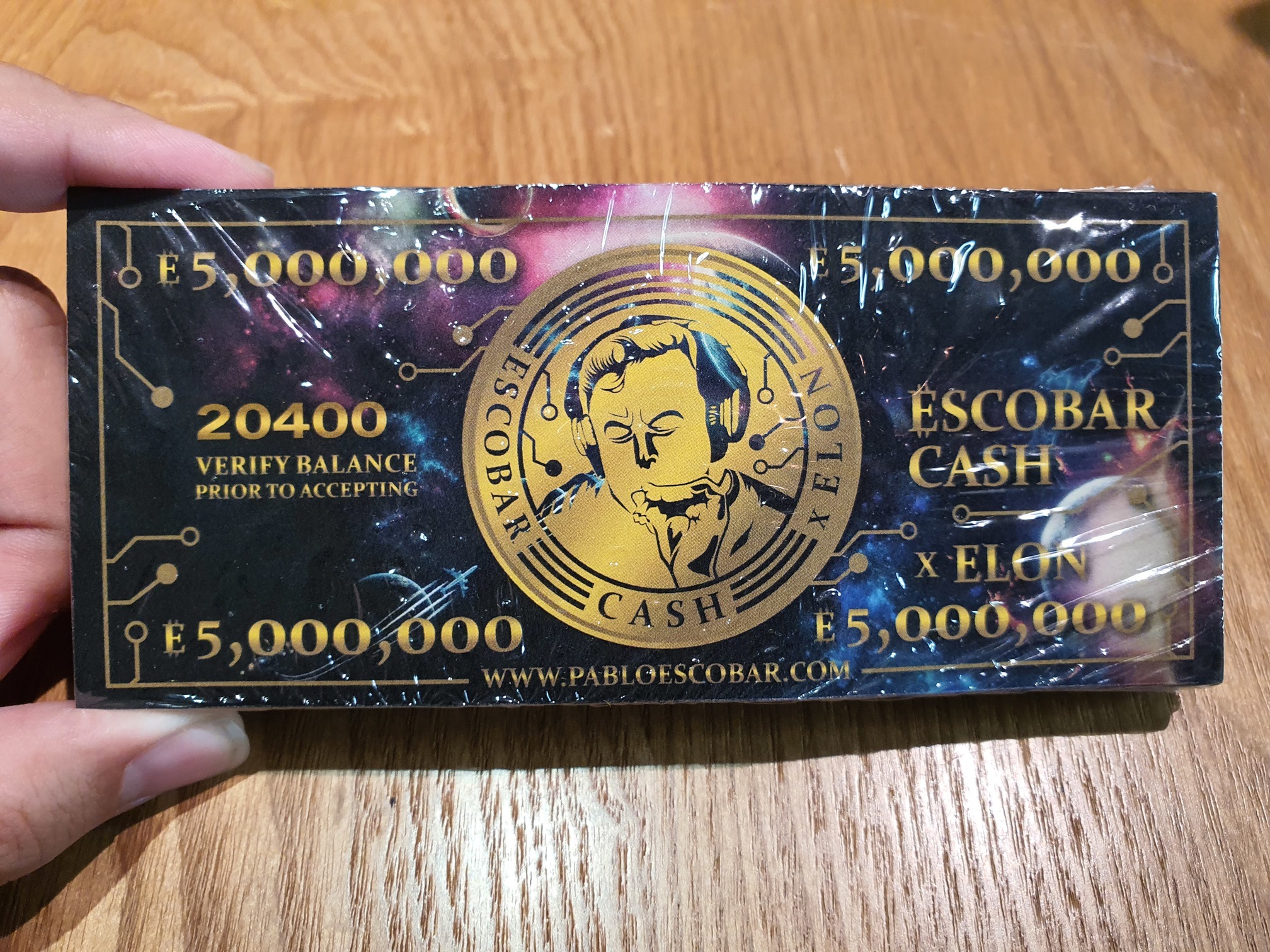 On the website you can exchange your real money for Escobar bills, which will be sent to your home. You can then transfer these to your crypto wallet by scanning a code on the back of the bill. After that, the bill is basically worthless.

Is Escobar Cash (ECH) a scam?


Escobar Cash (ECH) is a hardfork of the well-known Ripple (XRP). So, in effect, Escobar Cash has directly copied Ripple's blockchain technology and made it its own, which at least makes it a fast blockchain with low transaction fees.

However, Escobar Cash is trying to position itself in the market as a physical crypto currency, something that makes no sense. The advantage to crypto is that it is digital, so there is no point in reversing that. The bills you receive will currently and in the future probably not be spendable anywhere, so you will still have to convert them back to digital money by scanning the code on the back. So it's pretty much pointless.

The white paper also states that Pablo Escobar's brother worked on this project and that there are few people who know more about cash than he does. After all, he was chief accountant of one of the largest organizations in the world, the Medellín Cartel.

The only positive thing about this story is that it appears that crypto is going global more and more. Furthermore, we think it would be wise to stay as far away as possible from this new coin and other products of the Escobar company.