Bullish vs. Bearish: What is the difference? 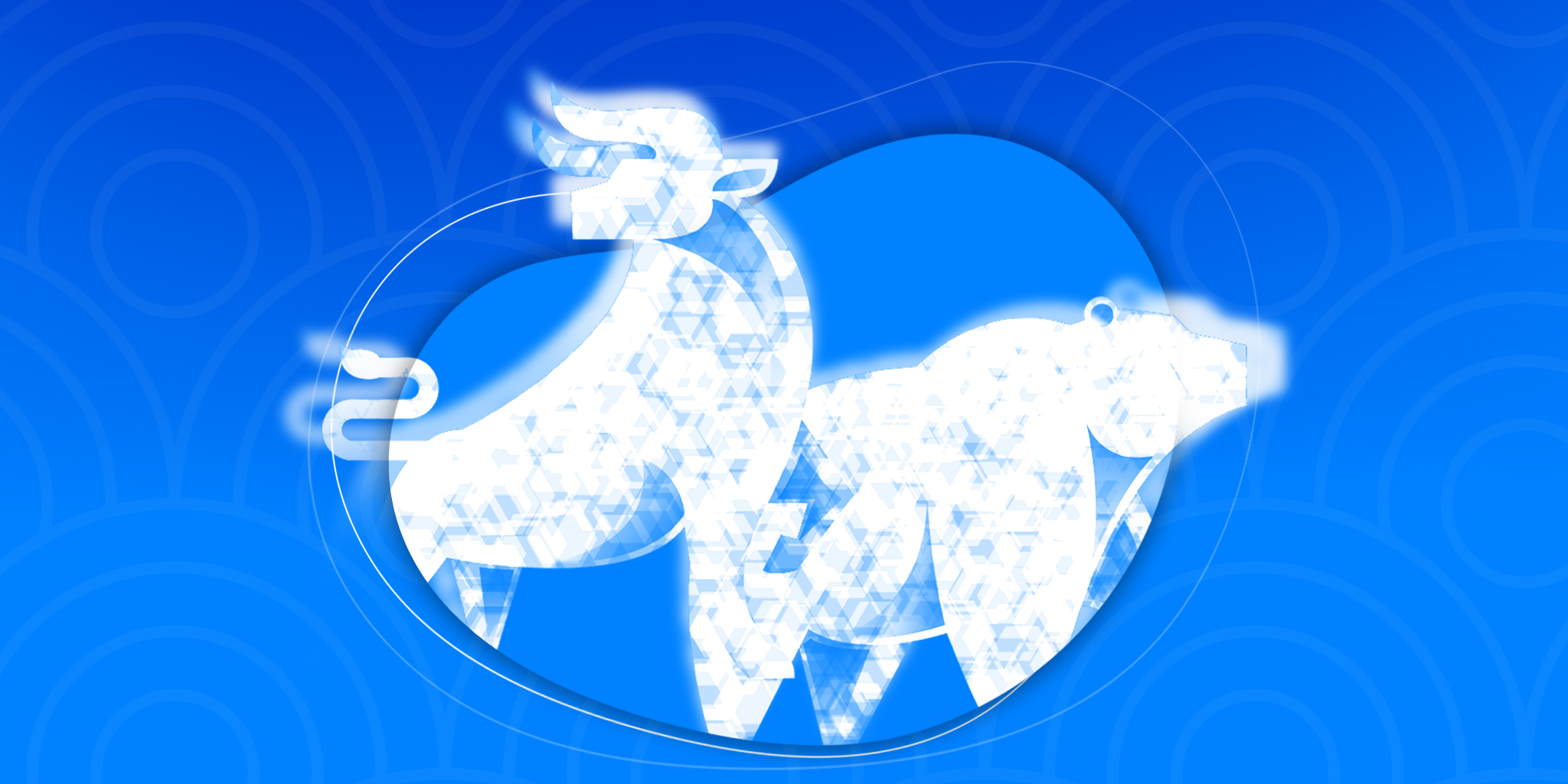 When talking about markets, be it stocks or crypto, the terms “bullish” and “bearish” are indispensable in a conversation. But what exactly do these two terms mean? Bullish and bearish refer to perceived market sentiment, by an individual or a group of people. If someone is bullish, they expect the price of an asset or multiple assets to rise. Bearish, on the other hand, refers to a negative price expectation. Someone who has a bullish expectation is also called a "bull", or "bulls" when a larger group is bullish. "Bears" therefore expect declining prices.

But why are bulls and bears used as the animals of choice for such terminology? The answer may lie in the way the two animals attack their prey. Bulls make an upward movement on the attack, driving their horns up through their target. In contrast, bears attack their prey from above, releasing their weight and arms on the target.

However, this explanation of the origin of this terminology is one of several possibilities. According to Investopedia, the true nature of these expressions is unknown. Likewise, it could have to do with trade in bearskin that happened long ago.

Oxford Learner's Dictionary describes bullish as "being confident and positive about the future" or "causing or related to a rise in the stock price." Bearish means "showing or expecting a decline in stock prices."

Bullish and bearish desires depend on a number of factors. In general, traders care less whether a market or asset is bullish or bearish as long as they can trade in both directions (going long and short). Traders get in and out of positions more often than investors and thus view everything on a shorter time horizon. So instead of hoping that the market will remain bullish, traders care more if they are right, be it bullish or bearish. If traders are right often enough, they will eventually profit from their trades, whether the market goes up or down. However, the strategies, talents or tendencies of some traders can favour one market condition over another.

On the other hand, you have investors, who generally buy in to hold for a longer period of time. So they profit from price increases and logically they will long for bullish markets. Still, an investor can also take a long-term short position if they have a bearish view of an asset, but the most they can get from such a short position in an ideal scenario is 100% profit if they short at the absolute top and the asset goes to zero. However, assets can theoretically increase in price indefinitely and so with a bullish approach, much more than 100% can be earned.

Taking a quick look at crypto, why should any investor or trader desire a drop in Bitcoin (BTC) or any other altcoin price, even though they are bullish in the crypto market overall? First of all, their position can be a reason. If a trader is bearish on BTC - and therefore foresees price drops - he can take a short position on BTC. In such a case, that person earns if Bitcoin falls and so it makes sense that that person is bearish.

Traders can be bearish even in the short term, but bullish in the long term, or vice versa. For example, they can expect Bitcoin to fall in price over a period of days or weeks, but eventually rise and return to a monthly uptrend.

Traders and investors may also have a bearish short term view and an optimistic long term view and wish lower prices in the short term to buy certain assets at relatively cheaper prices. Conversely, a market participant may have a short term bullish outlook with a bearish long term outlook. They may think prices will go up due to hype or other factors, so they can buy or go long in the short term, while in the end expect to sell their positions eventually because they think the market is a bubble or something.