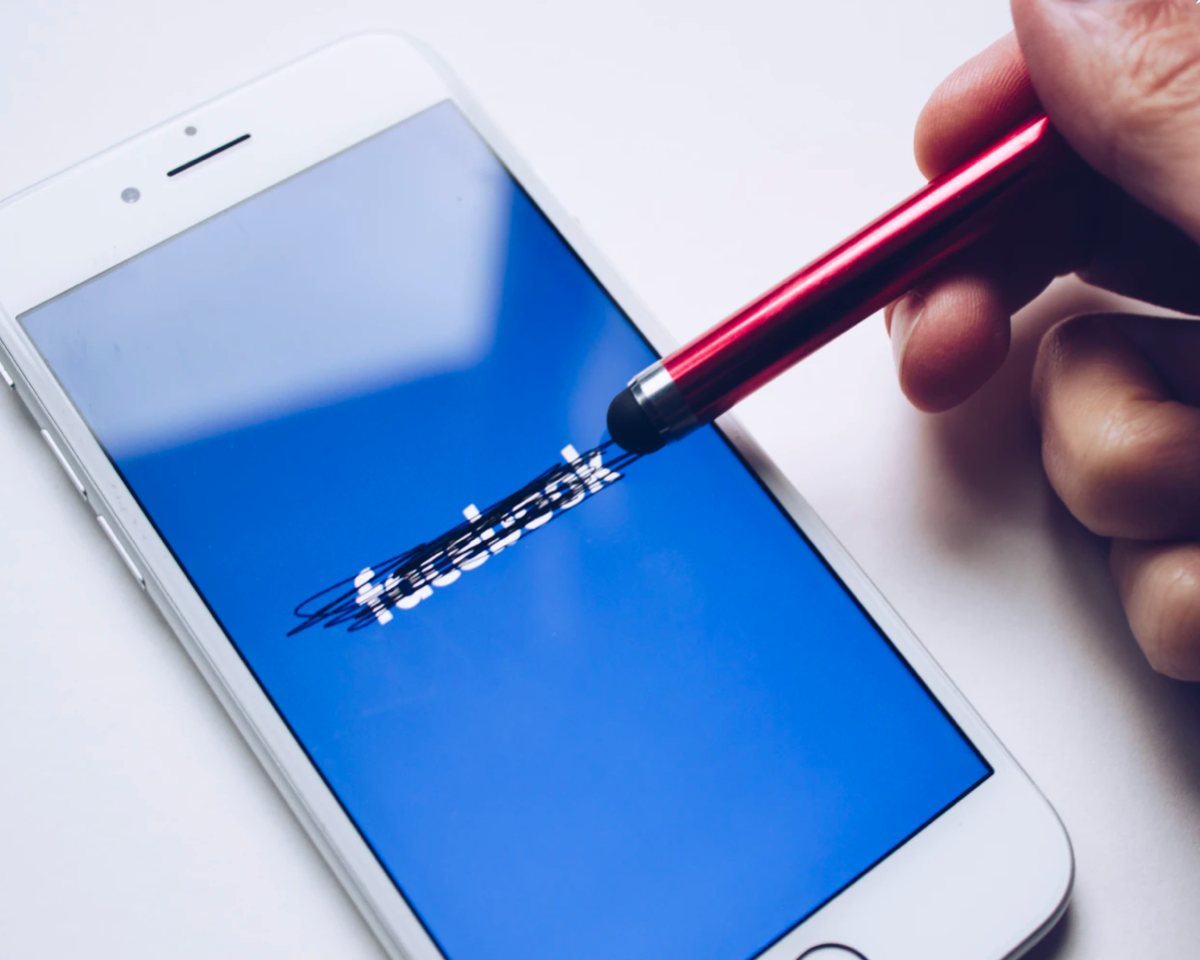 Libra is a project of Facebook. The social media giant calls libra a cryptocurrency and the solution to give people without a bank account access to modern payments. The value of the coin is equal to a basket of currencies that contains the dollar, euro, pound and yen.

There is a lot of criticism and talk around Libra. But what exactly is Libra, and why is there is so much talk about it? In this article we explain what libra is and what the potential impact of the accompanying wallet Calibra can be.

Facebook is developing the digital currency because they have good intentions. At least, that's what David Marcus, the man in charge of the project, says. David says that Libra is capable of helping billions of users.

He refers to Facebook users who do not have a bank account or who live in countries where good banking services are not self-evident. These groups are called unbanked and underbanked respectively. According to Libra, there are currently 1.7 billion people belonging to the group of the unbanked. This 31% of the global population.

# The features of Libra:


Libra's logo and currency symbol are three horizontal, wavy lines ≋. This can best be compared to how the dollar is represented by $. The name Libra is derived from a Roman unit of weight. The name also pursues a sense of financial freedom, Libre is French for freedom. Libra is to be launched in late 2020.

# What is the Libra Association?

The Libra Association is an independent organization based in Switzerland charged with the governance of Libra. The association is to coordinate the development and security of the network. However the responsibility is not solely technical, the association is also burdened with managing the reserve and allocating funds. At the moment the Association is made up of 21 global companies.

# Is Libra a cryptocurrency?

Facebook calls Libra a cryptocurrency. Whether it really is one could be a reason for discussion. There are some significant differences between what we define as a cryptocurrency and Libra.

The Bitcoin and Ethereum blockchain are permissionless, meaning that theoretically anyone can run a node and send transactions. With Libra, the nodes are run exclusively by members of the Libra Association. As you can imagine this has an impact on the level of decentralization and immutability.

Facebook unveiled its cryptocurrency project Libra to the world. The scope of the project immediately reveals that Facebook is going in big. A new Facebook subsidiary, Calibra has been incorporated and an independent consortium named the Libra Association is established. The Libra Association is backed by 28 founding members, these include some of the largest companies in the world such as: Mastercard, Visa, PayPal, Uber, Spotify and Vodafone. Calibra will develop financial services and products around the Libra network, which will eventually be fully governed by the independent Libra Association. Calibra intends to start with a digital wallet for the Libra coin, which enables users to exchange funds.

The day after revealing Libra, Maxine Waters, head of the U.S. House of Representatives Financial Services Committee has called upon Facebook to stop the development of Libra for the time being. According to congresswoman Waters, there isn’t enough information about the project. Before continuing, the committee requires a hearing with Facebook.

Mark Carney, governor of the Bank of England, stated in an interview that he recognizes the value of a product like Libra to help the unbanked. However, he also emphasized that a project with such a wide scope and impact should be subject to the highest level of regulation. He added that the Bank of England will work closely with the G7, Bank of International Settlements (BIS) and the International Monetary Fund (IMF) on how to approach the issues.

As a response to Facebook’s Libra and resulting regulatory concerns, France has taken the lead in forming a task force within the G7 to investigate the possible issues. The task force will be headed by Benoit Colure, a board member of the European Central Bank. Francois Villeroy de Galhau, governor of the French central bank, stated that France is open for innovation but the statement of his colleague Bruno Le Maire, France’s Finance Minister, proofed that this open stance has its borders. Le Maire said, without doubt, Libra won’t become a sovereign currency.

Thomas Moser, member of the governing board at the Swiss National Bank, stated that Facebook has been in contact with the Swiss regulator and that the company has expressed intention to comply with relevant regulation. Besides, Moser believes that Libra’s development is interesting and that he is rather relaxed about it.

Ravi Menon, managing director at the Monetary Authority of Singapore (MAS), said at a media briefing that the MAS has been in contact with Facebook about Libra. While Menon acknowledges that Libra might offer significant value in comparison to current remittance transactions methods, he also says that MAS is having trouble on how to categorize Libra in terms of regulation.

Alexei Moisseev, Russian deputy minister of Finance, said that there won’t be any additional regulations implemented in regards to Facebook’s Libra. The digital currency will be regulated just like any other. Besides, Alexei stated that people will be able to buy, sell & store Libra, but not spend it on products & services.

The Financial Conduct Authority in the UK had talks with Facebook about Libra. However, the watchdog isn’t reassured about the ambitious plans of Facebook. Reason for concern is Facebook’s mantra “move fast and break things” which refers to a strategy where the company will try to gain market dominance fast and sabotage competitors. This strategy, however, isn’t suitable for a product which facilitates global financial services.

The Korean Financial Services Commission (FSC) investigated the result in case Facebook’s 2,4 billion users would transfer one-tenth of their bank deposits to Libra. The conclusion is that the solvency of these banks would decrease dramatically, the same applies to their loan reserves. Another investigated scenario was, in case of a financial crisis people will remove their funds (local currency) from the banks towards Libra. In short, Libra is a significant threat to the worldwide stability of financial systems.

It is no secret that China has been working on its own national digital currency for a while now. Its determination to stay ahead of Libra became clear when Wang Xin, head of the research department at the People’s Bank of China (PBoC), stated that the country will possibly ramp up the efforts on the development of its digital currency as a response to the emergence of Libra. “We had an early start but lots of work is needed to consolidate our lead”

2nd of August 2019 | Walmart applies for patent on stablecoin

US regulators have been expressing their concerns regarding Libra. They have made clear Libra will not be allowed to operate before more has been learned and told about its functions. The stance of the regulators has its impact on the business partners of Libra who are starting to feel the heat. According to a report of the Financial Times, some partners are even considering backing out of the project.

French Minister of Economy & Finance, Bruno Le Maire said the following about Libra: I want to be absolutely clear: In these conditions, we cannot authorize the development of Libra on European soil. It would be a global currency, held by a single player, which has more than two billion users around the world. The monetary sovereignty of states is under threat. I don’t see why we should dedicate so much effort to combating money laundering and terrorist financing for so many years to see a digital currency like Libra completely escape those regulatory efforts.

PayPal has announced that it will withdraw from the Libra Association. The company has decided to focus on the existing mission and business priorities. The official statement also said the following:

“We remain supportive of Libra’s aspirations and look forward to continued dialogue on ways to work together in the future. Facebook has been a longstanding and valued strategic partner to PayPal, and we will continue to partner with and support Facebook in various capacities.”

7th of October 2019 | The German Minister of Finance

Olaf Scholz, the German Minister of Finance, expressed his support for the possibility of an e-euro. In contrast, he expressed concerns about leaving such a payment system in the hands of Facebook or any other private company for that matter. This opinion aligns with his French colleague Bruno Le Maire.

US Senators Brian Schatz and Sherrod Brown have sent letters to the CEOs of Mastercard, Visa, and Stripe with the request to withdraw themselves from the Libra project.

Within four days six companies have announced their withdrawal from the Libra Association. Mastercard, Visa, eBay, and Stripe were the first to follow the example set by PayPal. The same day, payment platform Mercado Pago did the same. Three days later, Booking Holdings, owner of booking.com also stated it intended to exit Libra.

Despite the exodus of members during the past two weeks. The Libra Association is still optimistic about the target of having 100 members in the Association by the time Libra launches. Even though 7 of its 21 original members have pulled out, the association says that around 1500 other firms have expressed an interest in joining. The existing members will have to agree to each new member applying to join the association.

Ralph Hamers, CEO of ING stated that Facebook might risk losing access to its current bank accounts. Banks offering their services to Facebook will be exposed to regulatory risk as they act as gatekeepers to the financial system.